Apple "Focus": What do you want your A/R glasses to do?

September 04, 2019
Apple has new iPhones coming next week but I saw that they had plans for A/R glasses and some of their recent acquisitions confirm this. Most articles discussing A/R use the large VR headsets as their starting point which is a non-starter for many people. Then I saw this image from IDropNews: 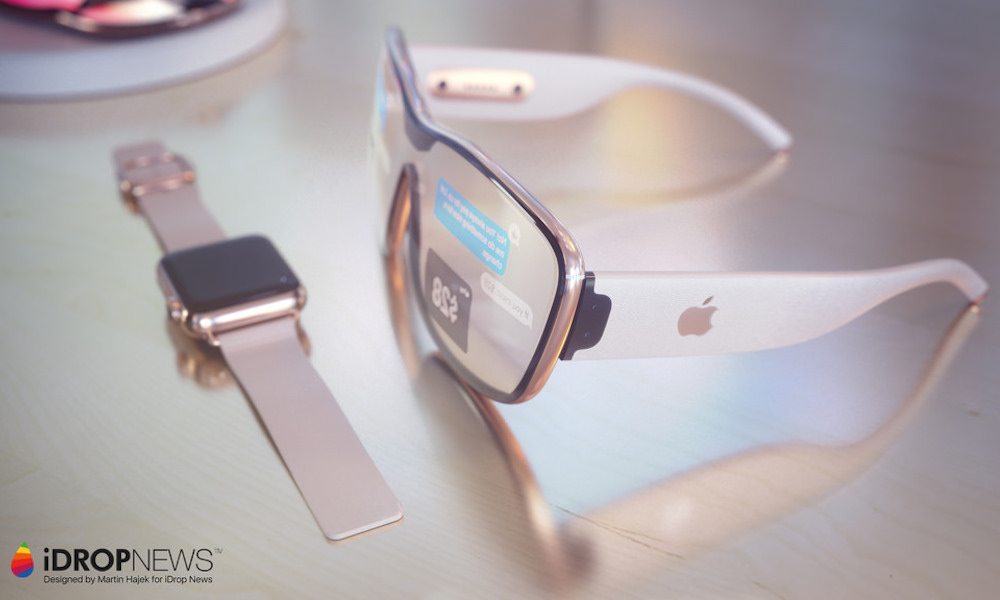 Now THAT's what I'm talking about. If you've never seen the Bose Frames, you should check them out. These provide a great template for the type of A/R that will make non-gamers stand up and take notice. The Google Glasses concept is far too "android" (no pun intended) for regular use, I need REAL glasses.

Forget the gaming benefits. In recent years, I've used video sunglasses for hands-free recording and while I enjoy them, they are still too bulky. You can get them fairly cheap so they are worth considering for isolated purposes. You need people to wear glasses every day to make A/R a reality.

(Update: I missed this older story on the Verge but Intel definitely has the right idea with their Vaunt prototype. The technology described matches what I was referring to below - "The beauty of this system is that if you choose not to look at it, it disappears. It is truly gone.”)

Earlier this year, I drew up a list of features for my ideal pair of glasses. I'm no futurist but I envisioned a product named Apple "Focus". They can link to my iPhone for the heavy lifting as long as they become light enough.

1. Auto magnification. A camera on the inside that would identify when someone was squinting (to read) and automatically magnify the content.

2. Sound. License the technology from Bose and put it into the glasses - or use the tech in the AirPods. Now that it's been done in a consumer fashion - there's no excuse for doing it another way.

3. Small icon vs full screen on glass as well as "swipe". This would allow the icons to appear at the top (or bottom) of the glasses. It might be that you only ever have two or three icons visible at a time and thus by looking up (or to the side), it knows what icon you are looking at and thus it can open the app. So the idea would be look up, blink and the app opens.

4. Blink-Sync. This would be like face sync so upon startup, it would ask you to train the glasses on the way you blink. In this way, it knows if you are blinking on purpose or not.

5.Transition lenses. Not everyone wants to look like a gamer. To work, these glasses have to be transition so they move from day to evening or from boardroom to outside to evening.

6. Side screen allows the focus to be on the main page (rather than half screen) for easier viewing. If you do horizontal half screen, then it's obvious when people are looking at various places on their screen. Having the visual display in a vertical mode would allow your peripheral vision to do the real work.

7. Auto-stabilize Video. Having worn video sunglasses, I realize how much my head moves and how hard it is to keep my head in one place for video.

8. Auto-Recognize Picture mode.. If you are staring at people, then you must want to take a picture so put the glasses into picture mode and take the picture. Why make the person press a button? If I'm in "picture mode", just do it.

9. Arm-Tech. The tech can go on the arms as well as the main frames. The glasses have to be wearable - and putting the tech around the middle bridge of the glasses is truly annoying. That way, the lenses may wrap around the eyes, the technology could be put into the arms.If you need more room for wiring, there are plenty of instances where you have cords attached to glasses, let alone

10. Waterproof. It doesn’t have to be 50 foot deep but it should support a full set of water being dunked over them. No one wants to be Robert Scoble wearing glasses in the shower - but you do need to be able to wear them in a downpour.

As I said above, I've worn a variety of "smart" glasses - I need real world value to start wearing them regularly. These don't need to be an Apple product and I would welcome them from anyone; however, Apple has a history of taking possible features and creating a consumer-friendly product around them.

What features would make you switch to smart glasses?

June 05, 2018
In a move that will be sure to anger open source (or rather anti-paid software, anti-Microsoft open source)  zealots, Microsoft is planning to buy GitHub . A year ago, I mused about why Microsoft would shut down CodePlex and how the world needs competing source code repositories to be strong. I'm not the only one per this Slashdot article  : "...   people have warned about GitHub becoming as large as it did as problematic because it concentrates too much of the power to make or break the open source world in a single entity, moreso because there were valid questions about GitHubs financial viability...." - Jacques Mattheij I will be interested in seeing this play out - whether developers jump ship or not. Have all the efforts Microsoft has made in pushing towards open source be seen as genuine or will all the zealots jump ship or maybe even attack? Microsoft's comment about why they shut down CodePlex referred to how spammers were using CodePlex. Well, GitHub
1 comment
Read more

August 02, 2020
If you haven't been keeping up with the news around the Fox community, the Southwest Fox conference has gone digital now showing up as  Virtual FoxFest .  At $49, it's a steal and a great way to learn some new ideas and get inspired. While the reasoning for this change is fairly obvious with the year of COVID - for me, this is something that has been a long time coming. I appreciate many people's needs for a physical conference but the world is very large and it's difficult to get people from around the world into a single physical location. I recently attended a single-track conference via YouTube (a Quasar conference). YouTube's Live stream provided a very handy way to watch, rewind and communicate with people online. While Tamar, Doug and Rick are still making decisions related to the streaming platform, there are lots of great options available. I'm really looking forward to it. The FoxPro community has also really felt its international roots
1 comment
Read more