July 30, 2019
In the latest FoxShow episode, I interview Robert van der Hulst, one of the main leads on the xSharp project. Unlike many product team leads, Robert has a secret advantage - he actually USES the product. The interview answers a number of questions VFP developers may have about this initiative. 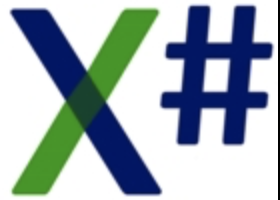 While he's been a direct team member of a variety of products in the xBase market (he hails from the Clipper and Visual Objects world), he has always looked at the product based on the idea of "how can I use this as a business?", an idea many business line developers think about.

XSharp uses the open source Microsoft Rosyln compiler but translates the language constructs found in the xBase and VFP world so that developers can more easily port their application into the DotNet world. While DotNet was introduced almost 20 years ago, there are still a number of applications that use it for critical parts of their business. But what if you could take key pieces of your application (such as the COM component you built or years old business processing pieces) and use them in a full Visual Studio solution, generating a DotNet (and DotNet Core) compatible application?

As a manager, wouldn't it be great to use the knowledge and existing code in your legacy application in your brand new shiny .Net application so you don't have to push back your release while doing the knowledge transfer to the new developers who would rather code in Python or F#?

I won't spoil the entire interview but here are some key areas and jump points you may want to hear:

What about you? Are you still working in VFP but looking to move into the .Net world? XSharp may be your opportunity to leverage your skills. Listen and let me know if you think XSharp has a future in your life.

Unknown said…
Andrew this year I cannot make SWFox. If you cannot live stream this, please consider recording it so I can watch your presentation online later!
October 12, 2019 at 7:40 AM

June 05, 2018
In a move that will be sure to anger open source (or rather anti-paid software, anti-Microsoft open source)  zealots, Microsoft is planning to buy GitHub . A year ago, I mused about why Microsoft would shut down CodePlex and how the world needs competing source code repositories to be strong. I'm not the only one per this Slashdot article  : "...   people have warned about GitHub becoming as large as it did as problematic because it concentrates too much of the power to make or break the open source world in a single entity, moreso because there were valid questions about GitHubs financial viability...." - Jacques Mattheij I will be interested in seeing this play out - whether developers jump ship or not. Have all the efforts Microsoft has made in pushing towards open source be seen as genuine or will all the zealots jump ship or maybe even attack? Microsoft's comment about why they shut down CodePlex referred to how spammers were using CodePlex. Well, GitHub
1 comment
Read more